Rise Twain
https://www.facebook.com/risetwain/
Rise Twain is a Philadelphia-based duo offering material ranging from anthemic to plaintive, grand to intimate, fertile to destructive. They are the union of Brett William Kull (producer, audio engineer, and member of Echolyn, Grey Eye Glances, and Francis Dunnery’s New Progressives) and J.D. Beck (Beck-Fields, The Scenic Route, author & playwright), forward-thinking songwriters that have cast their debut album with eloquent structures fit for both the heart-wrenching and star-clenching. They bring with them many collective years of direct and varied experience in writing, performing, and recording music.
“I produced an album for J.D.’s original band, The Scenic Route”, says Kull, describing his first meeting with Beck in 2007. “They were a rocky, progressive kind of band, like a Jeff Buckley kind of thing. I was immediately drawn to his vocals. He’s such a strong singer.” Kull says he and Beck immediately hit it off, what he describes as an “inevitable connection.”

Adds Beck, “I just knew I had to work with Brett on a higher level. When I came in to cut the vocals on the Scenic Route album, the way we worked together, … some people you just gel with, and then some people you have a barrier with. Brett and I gelled.” They spoke of one day collaborating on their own project, which finally surfaces as Rise Twain.
Though Beck is his own singer, with his own highly developed approach, Kull gets the parallel between Beck and legendary singer Jeff Buckley. “To me, Buckley was progressive. You couldn’t really put him in a box, he did everything from R&B to gospel to rock, and he was such a great singer/songwriter. That’s what pulled me towards J.D., he has those vocal chops and he writes a lot like that. That’s the cool thing about what he and I are doing, it’s a blending of a lot of different vibes. When I sing with him, it makes me step up.”

From first listen, Rise Twain compels. Kull’s background not only as a musician but also a producer feeds into the album’s rich sonic tapestry. The music itself weaves elements of alternative and progressive styles with the instantly appealing pulse of radio emissions buzzing in the brain. Kull and Beck stir an awareness of sound into this evocative, sublime collection. They’ve found uniqueness in these 10 original songs that meld engaging, relatable lyrics and serene, organic vocals with stealthy music that possesses an undercurrent of patient but brooding power. “Everspring” hits abruptly from the start. It charges in, reminiscent of the blues, lit with shadows of a desperate waltz. “Golden” and “Falling Skies” display the dynamic range of the band – serene to bombastic – while soulful songs such as “Oh This Life” and “Prayers,” a pair that deepens the album at its mid-point, are inviting, intimate experiences.

About the album’s delicate dance on the fine line of accessibility and bravery, Beck notes, “There’s not a typical structural theme that we use over and over and over. ‘Organic’ is a word that comes to mind. Seeking openness through simplicity and allowing the complexity of music to exist without the necessity of overly packing it or overly processing it. With that we were able to achieve such a broad spectrum of sound, and a colossal sense of its existence, without having to have a billion guitars and a billion things put over top. There’s some coloring with strings and other embellishments, but it really is something very simple and stripped down, and it’s awesome.”
Kull adds, “There’s a lot of complexity in this, but it’s not overt in the least bit. But yet, when you get into it, there’s all this really rich harmonic and dynamic stuff going on. Bad prog happens when all this overt stuff is going on, but there’s something very difficult about tackling sublime stuff and have it be that way without drawing a circle around it.”
Music is a kind of secret language…Beck and Kull have formed it into a most mesmerizing communicative device, relaying emotion and drama in vivid colors. Nothing unnecessary added, all things in their right place. Compelling, calming and Zen; intimate yet stealthily intense.

The Tea Club
http://theteaclub.net
The Tea Club is a band about feeling. Earnest and impassioned, their music combines elements of art-rock, folk, electronica, and romanticism to create a unique sound all their own.

Formed in 2003, the band has independently recorded and released four EP's and five full length records

They’ve performed hundreds of shows including the Progday Music Festival, the NJ Proghouse Music Series, the Indie Music Festival in Atlanta, the Progstock Festival, and the Terra Incognita Festival in Quebec City, Canada. They've opened for Haken and have toured the U.S. with Thank You Scientist, Bent Knee, Moon Tooth, and Beardfish. In May of 2020 they will play alongside Big Big Train at the Rites of Spring Festival in Sarasota, Florida.

If/When, their fifth and latest record, released in July of 2019, is daringly personal, exploring themes of death, failure, new life, and hope. Complex and cerebral, unguarded and intimate, If/When is a thoroughly heart-felt addition to the band’s immersive catalog.

Heralded by Prog magazine as “Challenging, modern, and frequently scintillating...one of those few acts in recent years who have the musical audacity and potential to become major players.”, The Tea Club continue to explore new ways of communicating deep feeling through their art. 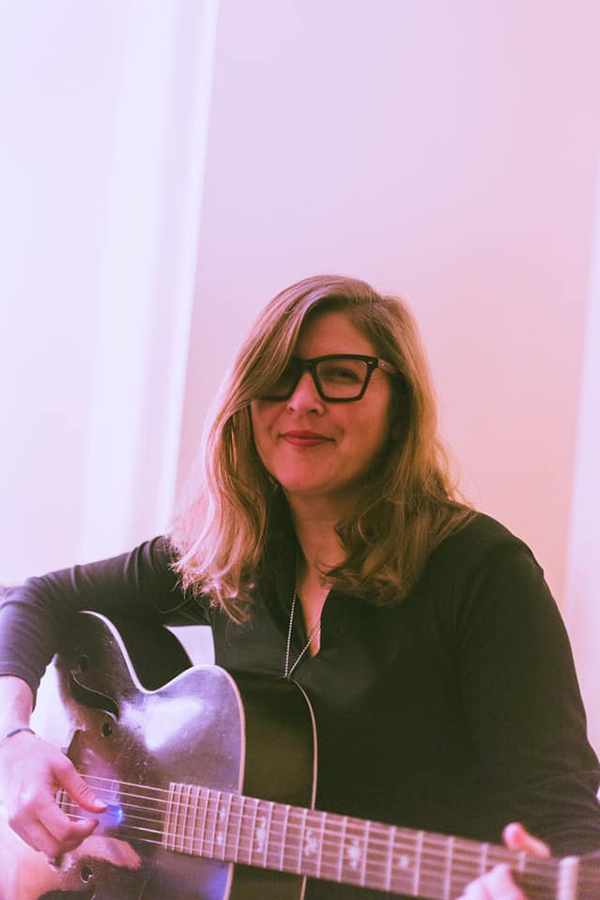 Katie Barbato
http://www.KatieBarbato.com
Barbato brings great talent and a generous heart to bear on her 2018 release “Art of Falling” and 2019  release “Long Night Moon”.  Musically, The Art of Falling is by no means dark, however, the production by multi-instrumentalist Brett Kull (Grey Eye Glances, Echolyn) feels warm, hopeful and openhearted, brightened by Barbato’s sweet and expressive voice, as a singer and as a writer. Katie is a two-time finalist in the International Songwriting Competition. She has performed at the Philadelphia Folk Festival, and she is a regularly featured artist on WXPN, the University of Pennsylvania’s public radio station. In addition to releasing her own music, Barbato composes music for TV and film, such as the theme she wrote for the movie Sugar, starring Shenae Grimes and Marshall Allman. Her song “Magical Ending” was recently featured in the Netflix drama “Yankee”. Katie’s new album “Long Night Moon” was released on October 11, 2019. Katie has shared the stage with Lucy Wainwright Roche, Mutlu, Shawn Mullins, Melissa Ferrick, Deb Talan and Steve Tannen, Citizen Cope with Meshell Ndegeocello, Ginger Coyle, Liz Longley, Danielle Miraglia, Rise Twain, Darlingside, and Liz Cooper and the Stampede.