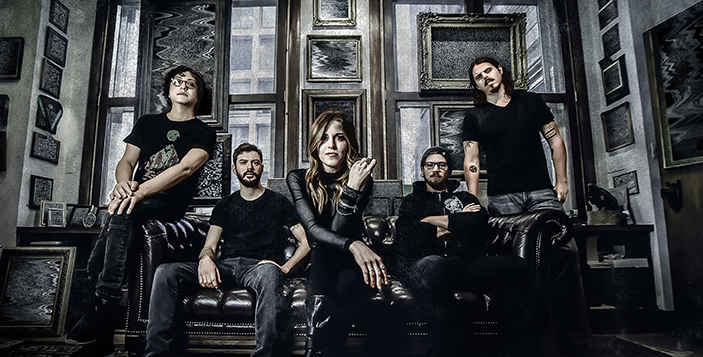 District 97
http://district97.net/
District 97 is undoubtedly the most musically-adventurous rock band in the world to feature an American Idol Top 10 Female Finalist. Since 2008, this quintet from Chicago has melded an adventurous, uncompromising instrumental prowess with the look, sound, and stage presence of vocalist Leslie Hunt. Through world tours and a stream of studio and live releases, the band has garnered a worldwide fanbase; collaborating with iconic singer/bassist John Wetton (King Crimson, Asia, UK) and drawing praise from Bill Bruford (drummer of Yes/King Crimson/Genesis), Mike Portnoy (drummer of Dream Theater/Transatlantic) and other rock luminaries along the way. District 97 rehearses doggedly to refine their compositions, ensemble-playing, and stage presentation; their standards for excellence have only grown more rigorous with the passage of time.  Their new fourth studio album Screens and its accompanying live show are their most ambitious efforts to date. 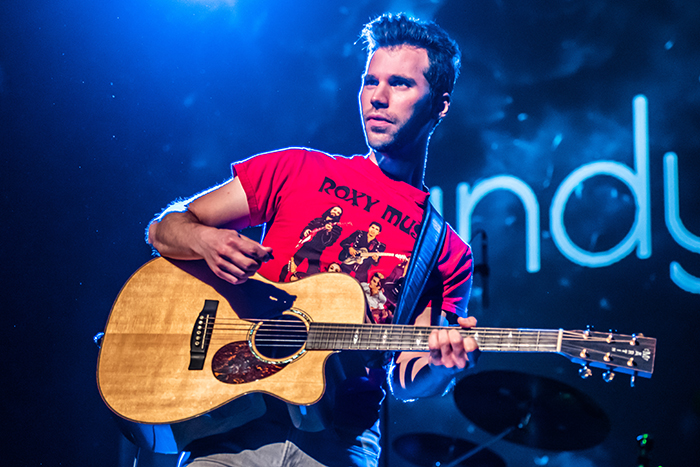 Randy McStine
https://www.randymcstine.com/
Randy McStine is a musician, songwriter and producer.  He is primarily known as a guitarist and vocalist, whose initial work under the name Lo-Fi Resistance led to collaborations with members of King Crimson, Joe Satriani, Porcupine Tree, Tears For Fears, Miles Davis, and more. Fueled by a wide array of influences, McStine’s work embraces genres such as Rock, Alternative, Progressive, Blues, Singer-Songwriter, Folk, Pop, and Ambient. Towards the end of 2019, McStine released a new album called Idle, which coincided with a North American tour as direct support for The Pineapple Thief.

“McStine is an artist in the true sense of the word, and one we will be hearing about often in the future.” - Scott Medina, Sonic Perspectives